Each month Abington Library will feature a favorite book from a faculty, staff member, or student. They will give a brief synopsis of their chosen book. 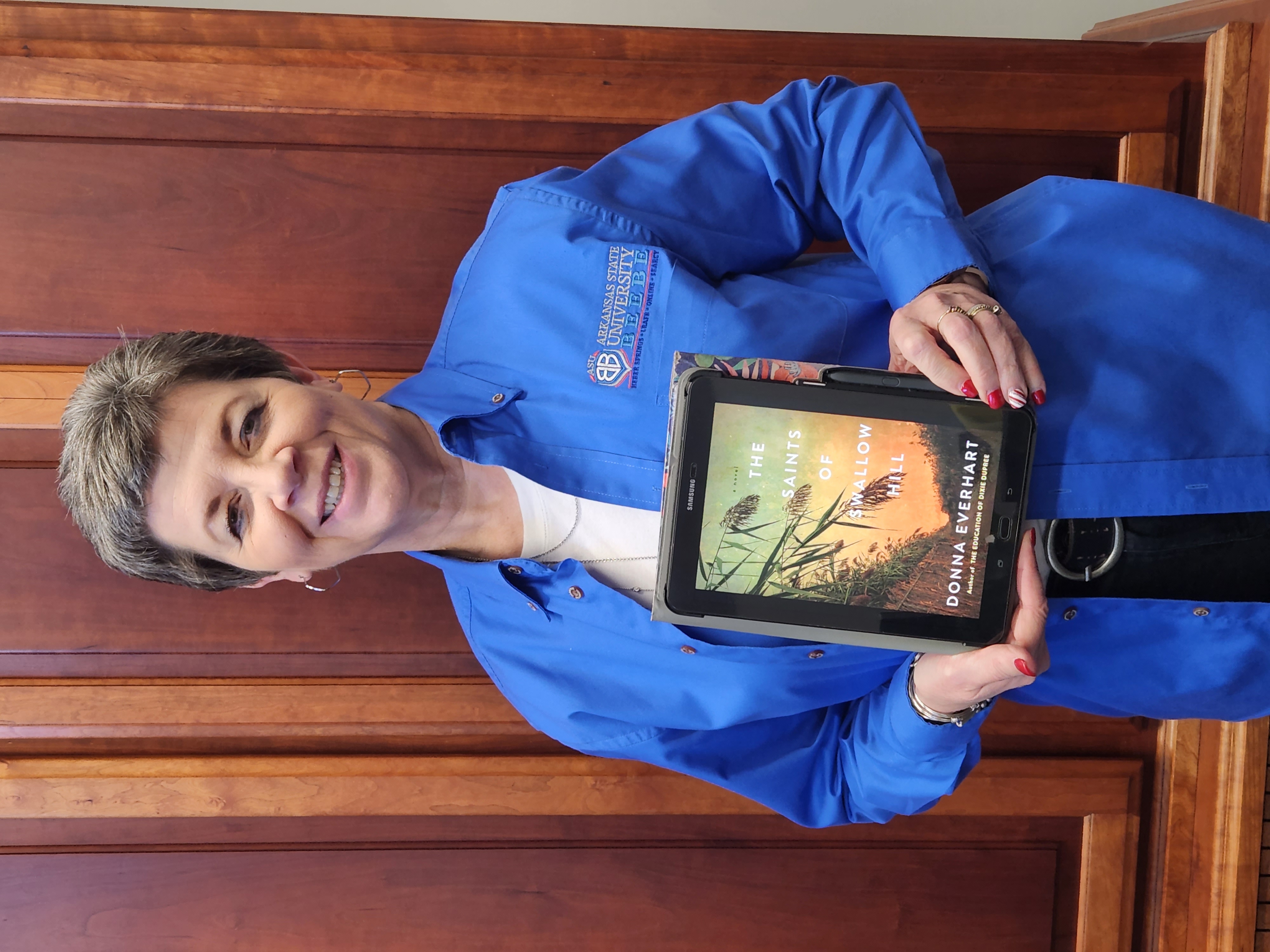 Dr. Cheryl Wiedmaier is the Dean of Career Education.

Set during the Great Depression, this historical novel describes the lives of workers on small, privately-owned turpentine farms and on large, company-owned turpentine camps in the Carolinas and Georgia. Pine gum was extracted from pine trees to produce tar, pitch, and turpentine. Swallow Hill Turpentine Camp is the setting for most of this story, and this camp is where the lead characters meet. Del Reese grew up in the turpentine farm business and is wondering around the South to find work during the Great Depression. He ends up at Swallow Hill after leaving another job under dubious circumstances. Rae Lynn Cobb is the widow of a turpentine farmer and must leave her home after the death of her husband and the threat of blackmail by one of his friends. She disguises herself as a man in order to disappear and work at Swallow Hill.

Work on a turpentine farm or camp was hard and dangerous. There were different methods of collecting the pine gum, and Rae Lynn’s husband used the manual “box” method which was more dangerous and led to many of his hired workers becoming disabled or killed. Rae Lynn herself lost part of one of her fingers while working her husband’s farm. The Herty System was developed to collect pine gum by using gutters attached to the trees which led the pine gum to clay pots for collection. The workers on the some of the farms and most all the camps were supervised by woods riders. These supervisors could be quite cruel and punishment was often given when workers did not meet their work quotas. One of the woods riders at Swallow Hill was Ellijah “Crow” Sweeney, and he was known for punishing his workers in the most awful ways. Rae Lynn was the recipient of one of his punishments and nearly died as she was locked in a wooden box for three days. Due to the death of one of Swallow Hill’s woods riders, Del Reese was promoted to woods rider. He and Crow did not see eye-to-eye as Del treated the workers in a more compassionate manner.

Rae Lynn and Del formed a bond, along with the commissary (company store) owner’s wife, Cornelia Riddle. Cornelia nursed Rae Lynn back to health after her wooden box punishment. When things became unbearable at the camp and Cornelia’s abusive husband forced her out, Rae Lynn and Cornelia left the camp. Del also leaves and finds the two women on the road. They all end up on Del’s family farm and end up using the pines Del’s father and grandfather had planted to start their own turpentine farm.

As we have all heard and read, the Great Depression was a trying time for many people as they struggled to find work that would allow them to support their families. This book talks about some of the struggles of people of the time, not just those working in the turpentine industry. In order to survive during this time, people had to help each other and build a support system that would see them through the hard times. These three characters did just that, and they made it through successfully. Many others did not, and the story describes some workers who met with difficult and dangerous circumstances.

Historical fiction is one of my favorite genres as the stories are set during a historic era or around a historic event. This book allowed me to learn more about the pine gum and turpentine industry and how widespread the farms and camps were. The author did tell the story using some explicit language and situations, so anyone looking to read this book should be prepared for this. It was a short novel and an easy read – I read it in one day! The author has written some other stories, and I will research them as future reading materials.